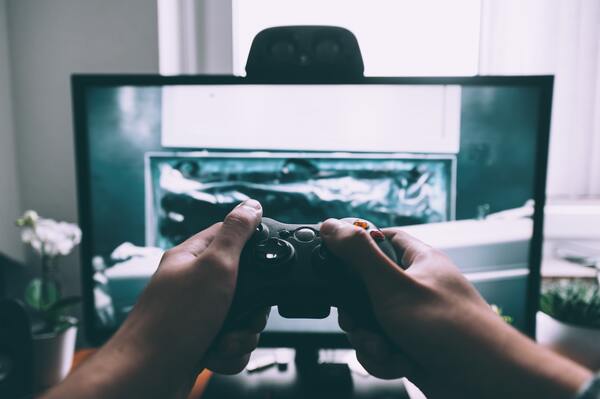 The Apple ecosystem would not be complete without games. Popular PC and console games are frequently ported, but using touchscreen controls is not always enjoyable. A mobile game controller is what you require. In this article, we list the top 9 iPhone game controllers so you can pick the one you like best.

With L3/R3 functionality for compatibility with more than 1,000 apps and games, Rotor Riot is an Apple MFi-certified gamepad controller. No skips, glitches, or blur are present when using this wired controller; there is also no latency. Plug and play are possible with pass-through charging without running the risk of battery drain.

The intelligent design went into the Razer Kishi. The Razer Kishi slides open and connects to nearly every iPhone made today using a basic base. The Razer Kishi has an 8-way D-pad, two clickable thumbsticks, and a pair of face buttons similar to those on an Xbox controller. Additionally, it has a side indicator light that will let you know how your device is doing.

With an ergonomic and flexible design, this universal mobile gaming controller brings console-level control to your phone for gaming anywhere, anytime. It has performance buttons and clickable analog thumbsticks, latency-free gameplay, and pass-through charging for your phone or tablet.

With Apple-licensed wireless connectivity and support for iPhones, iPads, and Apple TV in addition to being compatible with thousands of games, the updated SteelSeries Nimbus+ Bluetooth Mobile Gaming Controller is an excellent choice. It can play for about 50 hours on a single charge thanks to its built-in rechargeable battery.

With Apple’s MFi certification and direct IOS approval, the Megadream mobile game controller for the iPhone can be used to play the majority of controller games that are downloaded from the App Store. A simple Bluetooth connection is all that is needed to use the controller.

By pairing the MFi controller with your IOS device using Bluetooth, this game controller is simple to use. It’s compatible with most App Store games, like Fortnite, Minecraft, and Call of Duty. The gamepad for IOS is made of premium rubber and oil, and it has a stretchable 4- to 6-inch clip.

Its special finish provides a consistent grip and a smooth, anti-slip feel while playing. The iPad Pro, iPod Touch 5, and Apple TV are all compatible, but not the Mac. It also works with the majority of iPhone models.

When you charge and use your preferred headset while you play, this controller’s responsive analog triggers, tactile buttons, and clickable thumbsticks provide an authentic mobile gaming experience.

It connects to the Lightning port on your iPhone to enable responsive gaming on the newest iPhone models. The iPhone 13 Pro and iPhone 13 Pro Max come with an adapter for enhanced functionality.

It looks and feels next-gen and is a huge improvement over the PS4 controller. Although some Sony fans may not like the white and black design, the controller is stylish and comfortable. The thumbsticks, which have a slight lip on them for added grip, are my favorite part.

Since the release of the Xbox 360, controllers have been modeled after the Xbox Wireless Controller, and for good reason. The controller’s size, weight, and button placement all felt just right. Microsoft appears to have adopted the “if it ain’t broke, don’t fix it” philosophy with the launch of the Xbox Series X, making only minor adjustments to their controller to improve on perfection.