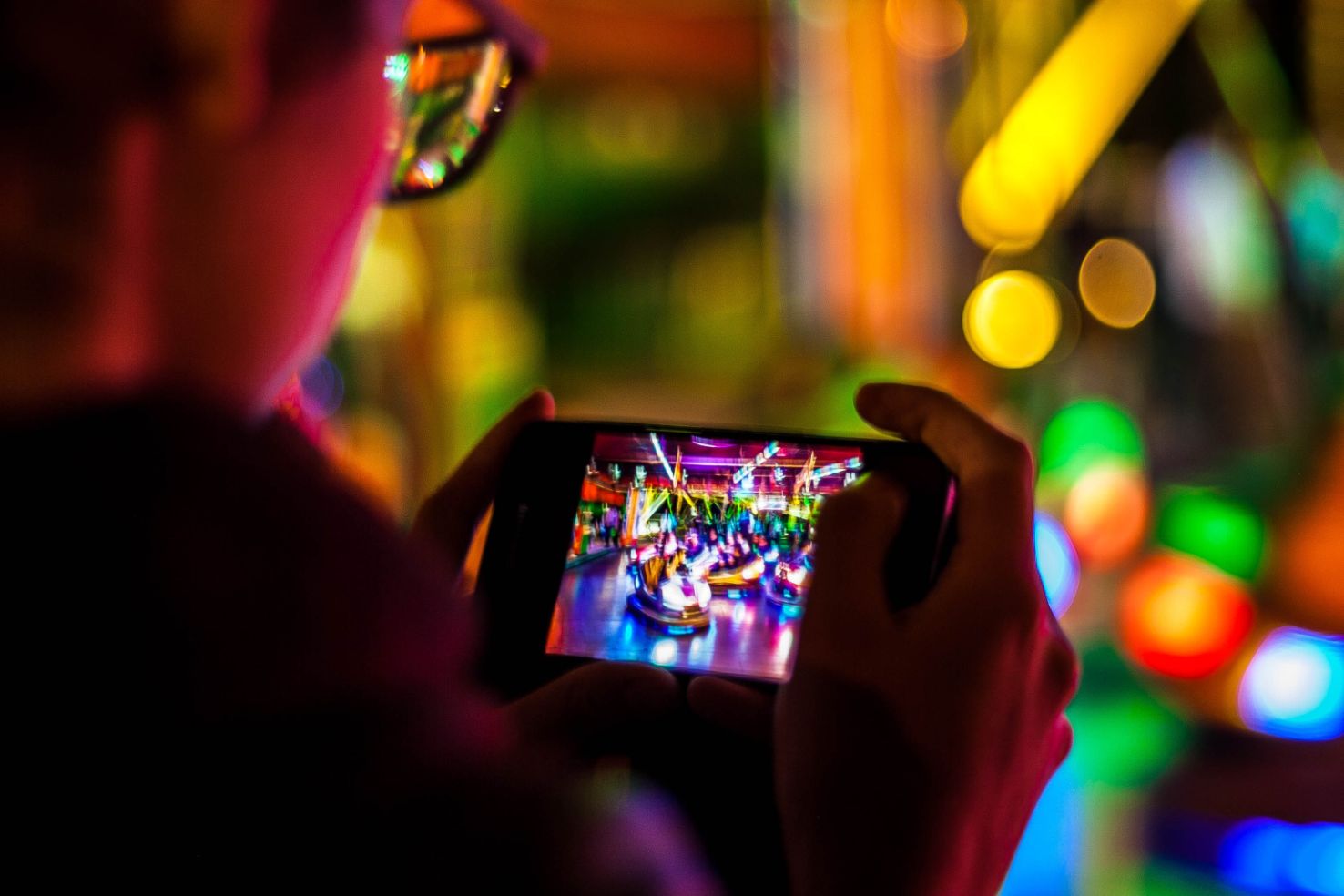 Two-player games can save you from boredom or satisfy your desire for fun. These enable you to play online and occasionally even on the same device with friends. In addition, there are a ton of options, including sports, arcade-style action, quests, word games, quizzes, and more.

Online or offline gaming features are frequently included in two-player iPhone games or multiplayer-supporting games, allowing you to play locally or online. It all depends on the players’ preferences. Both types are appropriately made and provide the same gaming experience. In this article, we list the 15 best games for two-person on iPhone. Please keep reading and pick the one you prefer.

This is one of the top two-player iPhone games for sports fans, with over 2 million (overwhelmingly 5-star) ratings on the App Store. It’s extremely competitive, and you can play against friends in one-on-one games or in tournaments with eight other players.

Gain experience in the practice area to improve your game and win awards, special cues, and pool coins. Use the coins to enter exclusive matches with higher stakes or purchase new items from the Shop. You can also modify your cue and table.

Get rid of your stress by playing this addictive aim-and-shoot game. You can play with more than 60 absurd characters and weapons. Shoot down birds or fruits to earn rewards while duking it out with your friends!

With stunning graphics and fun sound effects, the interface is incredibly vibrant and enjoyable. It is also listed among the best action games for two or more players and has received millions of positive reviews.

The same people who made Clash of Clans are behind this online multiplayer game. All of your favorite characters are present, such as the Royales, Princes, Knights, Baby Dragons, and others. By removing the king and princesses of your rivals’ kingdom from their towers, you can compete and win trophies.

Join a clan to trade cards and expand your fighting base. Then, you can play side by side in epic 2 vs. 2 battles or issue private online duels to your friends. This is one of the most well-liked two-player fighting games available, with over a million ratings.

These three adjectives best describe this two-player iPhone game: it’s incredibly entertaining, captivating, and addictive. You can use a variety of humorous characters to help you navigate hazards and traffic in various cities and environments.

The gameplay is straightforward but entertaining. On the same device, you can also compete against your family and friends. Your reflexes and speed will be put to the test as you cross and hop over roads, train tracks, and rivers in an effort to avoid being hit.

Using your phone, Dots and Boxes transforms a classic childhood game of pen and paper into a handy diversion. Two players can play the game simultaneously on one iOS or Android device thanks to local multiplayer.

When you don’t have access to Wi-Fi, its offline functionality makes it useful. It’s a straightforward game that’s also challenging and compelling.

Glow Hockey 2, which brings air hockey to your phone, is another real-life classic that has been transformed into a fun mobile game. It is a great game for two players because even though the physical scale of the game is much smaller on a smartphone or tablet screen, the competitive stakes remain the same.

The gameplay is easy to understand but a lot of fun. To direct your striker, use your finger. Then, while simultaneously defending your own goal, try to put the puck in your opponent’s goal.

Badland is a distinct game with a fantastic art style that the critics have praised if you’re looking for something a little different. In order to advance to the stage’s conclusion, you must navigate your blob around obstacles.

Both cooperative and competitive multiplayer modes are available in the game. The best way to real-time character coordination is when you play on the same platform.

Defining words chosen by a friend is the aim of the game. Of course, you’ll receive hints to make things simpler. The game is played in turns, and you can buy power-ups with the coins you earn by using fewer hints or taking less time to complete each puzzle. With over 3,000 words available, you can select from up to 4 games that are running at once.

One of the oldest games played with pencil and paper is tic tac toe, which is almost certain to have been a part of your childhood. Around the world, it is also referred to as noughts and crosses or Xs and Os. Real Tic Tac Toe is one of the best iOS apps you’ll come across, and thanks to its difficult and addictive gameplay, it has earned a place among the two player iPhone games.

Words With Friends 2, an updated version, was released by Zynga following the success of the Scrabble-inspired game Words With Friends. This Android game, like many others that mimic older board games, is incredibly well-liked.

Either friends or random opponents can be found playing online. In addition, you can resume your turn later if you get interrupted during the game.

There is a 2v2 mode in the Uno mobile game that allows you to play against opponents with a friend, even though matches typically have four players.

You have to finish a public match before you can access this mode. But after you’ve done that, you can ask friends to join you in combat as a team. You can play with those you invite in the Room Mode as well.

This endearing card game will be familiar to viewers of the Ellen DeGeneres Show. In order to earn points before the timer expires, the person guessing places a phone on their forehead and tries to guess words or phrases that appear on cards. It is the responsibility of the other players to elucidate the words that appear without actually saying them.

There is plenty to keep you entertained, including singing, naming famous people, and funny accents.

Exploring a dungeon, gathering weapons, and shooting your way to a high score are all part of this addictive game. Every time you play, a new experience is provided by its randomly generated worlds.

Over 120 weapons and amazing heroes with distinctive skills are both available at the same time. The auto-aim mechanic ensures highly intuitive control for simple, streamlined gameplay.

As you progress through this fascinating world, struggle for survival while gaining fame and honor. In this action-packed game, you can explore vast areas, fight enemies, and construct whatever you like.

There are more than 300 enemies to face off against, vanquish, and scavenge for treasure in this game, which you can play with up to seven friends. Additionally, a brand-new Expert Mode has been created to present even the most experienced players with new challenges.

The classic word game Boggle is another one that Zynga has successfully adapted for mobile devices. Finding as many words as you can from a set of randomly generated letters is the goal of the game Boggle With Friends.

Only letters that are adjacent to one another can be linked together, whether vertically, horizontally, or diagonally. If you score more points than your opponent does before the timer expires, you win.

The timer only starts once you begin your turn, even though each round has a set time limit. You can play the game whenever you have some free time, so this is good news.