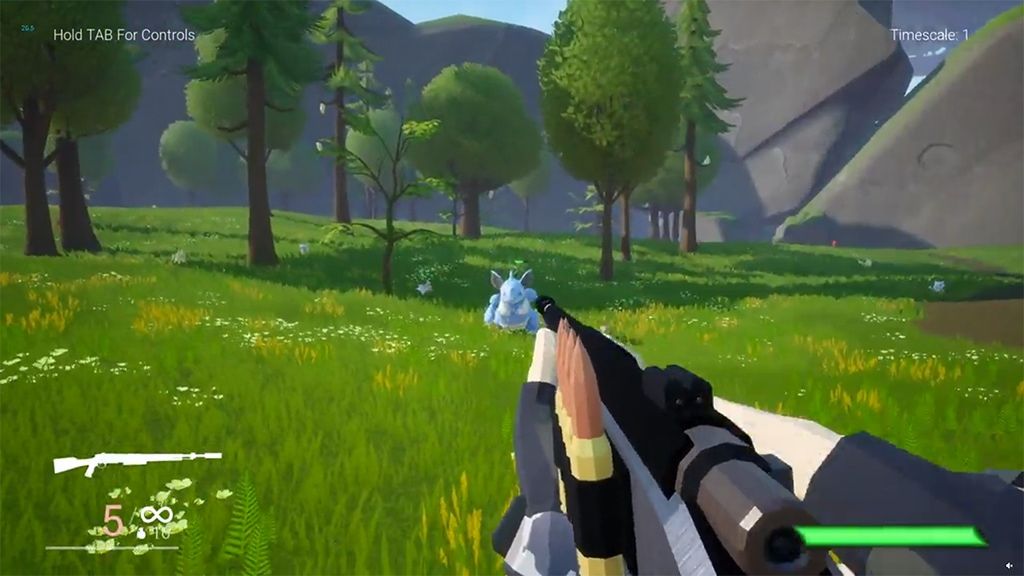 Mobile shooter games have advanced significantly in recent years. In addition to many other features that were previously exclusive to consoles, they offer mesmerizing graphics and realistic gameplay. The top ten shooting games for iOS that I have gathered for this roundup are primarily free-to-play titles. Select the one you prefer as you continue reading.

For years, Call of Duty has been a fan favorite. Even though there is a lot of Call of Duty games available for consoles, you can now play the most recent multiplayer version on your iPhone.

The game has adapted the battle royale genre while drawing inspiration from other multiplayer shooting games, such as PUBG. Large environments and Call of Duty’s realistic gunplay combine for maximum mayhem.

PUBG alternatives abound, but very few of them have done the concept justice. One of them is Garena Free Fire: New Age.

The game can only last 10 minutes and there are a total of 50 players. This makes the gameplay more exciting and frantic because players are anxious to make it to the very end.

The matches are challenging and intense because of the brief time limits. Because the maps are so large, you will need to plan every action to ensure your survival.

Since the dawn of time, the Modern Combat series has been a mainstay of mobile shooting games. With its most recent release, the series aims to reclaim the top spot among shooting games.

This game has a Battle Royale mode, but I like the intense solo campaign better. Modern Combat 5 is the game to play if you enjoy engaging storylines that will entertain and test you.

To further ensure that every pixel rendered and every bullet shot feels realistic, the game also includes stunning visuals and clear audio. There are many different game modes and classes available if you want to play the game online. Depending on your playing style, you can select from more than 10 classes.

Cover Fire is an FPS shooting game that encourages players to challenge themselves and hone every aspect of their play until they can smugly snare the title of a master sniper. The single-player offline campaign of the game allows players to command their own elite resistance force.

It also features a number of challenge modes where players can test their skills against the clock and other opponents. Players can compete in online tournaments where snipers face off against each other and display their superior abilities.

Pixel Gun 3D is an FPS shooter and battle royale game with ten different game modes, ten entertaining mini-games, and a large selection of weapons, tools, and other items that can give players an advantage in combat.

The game is extremely customizable and guarantees that players can rise through the ranks using their own distinctive style thanks to the variety of options and skins available.

Sniper Strike is a 3D fps shooting game that provides a fast-paced experience for players who enjoy the action of a triple-Players can experience the game in a variety of ways and discover the play style that best suits them thanks to the game’s three unique gameplay modes and competitive and cooperative multiplayer options. Join a clan or engage in online combat!

Sniper Strike delivers a high-quality, immersive experience in the form of detailed environments and strategic rescue missions. As the missions’ difficulty steadily rises, players can upgrade their weapons and other equipment to give them an advantage.

Gangstar Vegas lets players leave their mark on the While completing up to eighty intense missions of heist and murder, players can explore a sizable open-world map based on the infamous city in the City of Sin.

The game builds on previous installments of the Gangstar series with all-new weapons, vehicles, and costumes to further customize the gameplay experience and immerse players in the world.

In addition to the compelling story mode, Gangstar Vegas offers several engaging challenges that will keep players on their toes, including robberies, auto races, and many other mini-games.

Sniper 3D stands out among other sniper-style shooting games by merit of its expansive mission list. The game makes up for its lack of a well-developed story-based campaign with a large and frequently updated selection of thrilling missions that guarantee players always have something new waiting for them when they pick up their phone.

Sniper 3D boasts realistic graphics and impressive animation, thirteen unique environments, and a considerable number of different weapons to unlock and enjoy. Additionally, there are time-limited events in the game where players can level up and defeat new enemies.

The shooter genre is being altered by FRAG Pro Shooter. Your shooting speed or accuracy is not important in this situation. It’s all about planning.

You must construct Battle Decks with original characters in the game. Balanced, defensive, or offensive play will depend on how your deck is constructed.

Each character possesses unique skills that can be applied in conflict. After you’ve constructed your deck, the game begins, and a frenzied round of shooting follows.

Guns of Boom is the place to go if you’re looking for an iPhone shooting game with an arcade-style feel.

While the game’s graphics are stylized and stunning, you shouldn’t be fooled by the lack of “realism” in the aesthetics. Guns of Boom is an online multiplayer shooting game with slick shooting and challenging combat.

The game’s controls are simple to grasp. You will notice that the game becomes more difficult as you advance in ranks and face tougher competition.

To compete in multiple maps against players from around the world, you will need to use strategy and cunning. Even though Guns of Boom doesn’t have realistic graphics, it’s still a fun and challenging game.