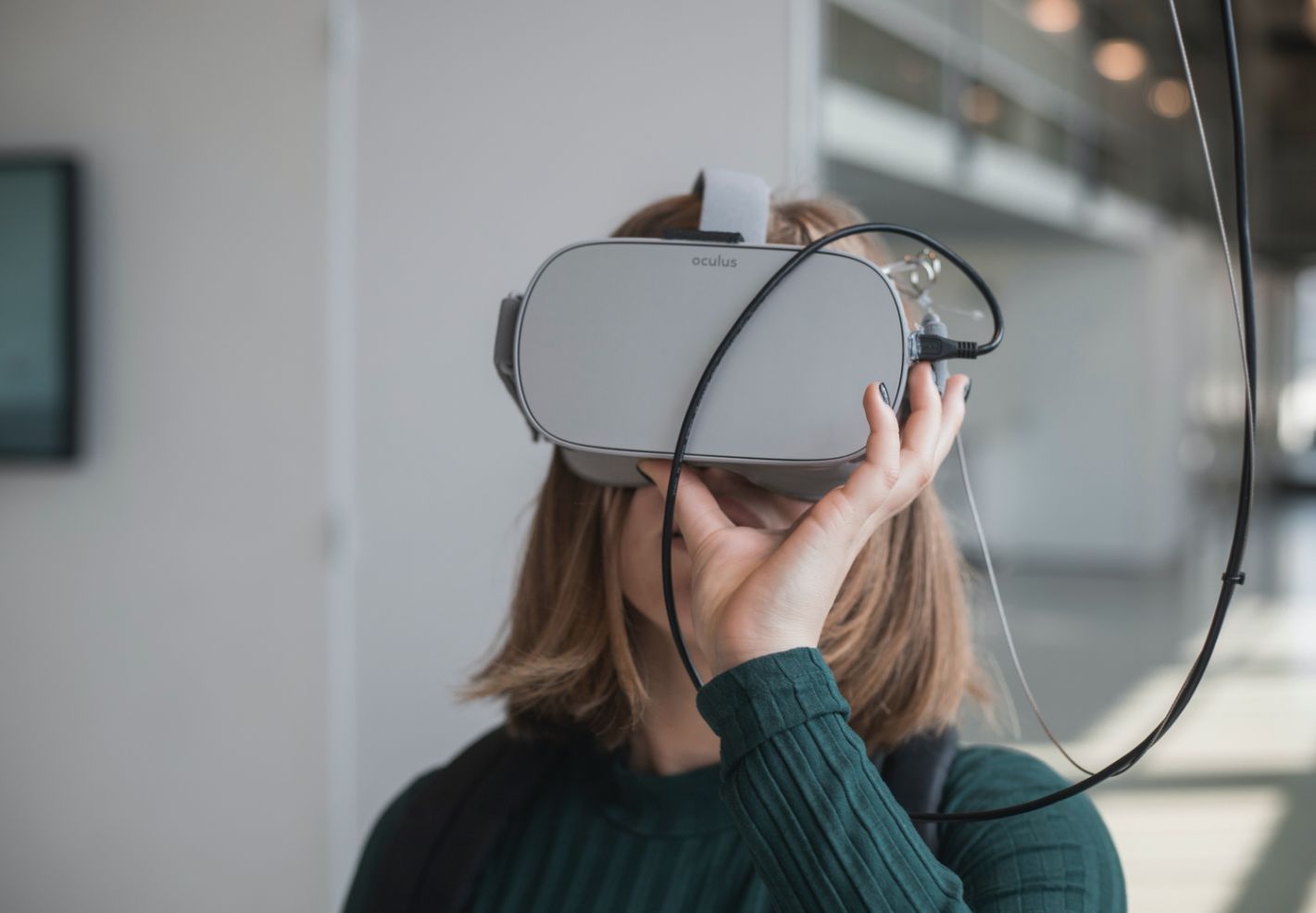 Virtual reality games are incredibly compelling. They transport you into a fantastical world where everything looks amazing using an immersive 3D experience. These iPhone VR Games have quickly gained popularity due to their thrill and unmatched concept. These top virtual reality games for iPhone are listed in this article. Pick the one you like best as you continue reading.

Play action/racing video games for fun? You may find InCell VR to be a typical potboiler because it has everything you need to make gaming a ton of fun! To stop the destruction of the world, you must exert your absolute best. Enter the microscopic world, investigate the human cell, and use all of your expertise to combat the virus wave challenge.

You can play the game even without a VR headset, despite the fact that it is designed for VR. Additionally, InCell works with a wide range of headsets that resemble Google Cardboard, including View-Master, Fibrum, Homido, Lakento, Archos, and Durovis.

As VR XRacer is prepared to increase your adrenaline, get ready for some fast-paced action! To protect the planet from UFO spaceship attacks, you must take the initiative and manage your team. Utilize deadly weapons and destructive missiles to your fullest potential to eliminate your adversaries.

Due to how dangerous the airways are, you must always be vigilant in order to both protect yourself from harm and successfully battle strong foes. Virtual reality and hand modes are the two modes available. You won’t get bored playing thanks to the amazing 3D graphics and effects.

“Sisters” is not for weak-hearted people, who get frightened of horror content. Playing this VR Ghost Story game on your iPhone will give you a spine-tingling experience. There are terrifying 360-degree visuals and audio to heighten your fear.

This game is simple to control thanks to its look-based controls. When you play Sisters on your Apple phone, the digitally painted environment produces more frightful effects. You can experience more of the real world with virtual reality head tracking.

Are you up for a thrilling fight-combat game? You can thoroughly enjoy yourself with Fractal Combat X. This VR game is of the highest caliber thanks to its breathtaking 3D graphics and amazing fractal landscapes. In story mode, there are plenty of missions to keep you engaged for a while.

The play’s real flavor is added by the intriguing soundtrack. You always have something really cool to go for because new missions are constantly being added!

Do you truly enjoy the suspense of penalty shots? “Final Kick VR” has to be your top-notch choice as a big football fan.

Play against the world’s top teams. Develop your signature shots, dominate your opponents with your superior skill, and win the world title. Your fantasy football experience in this VR game will be fantastic.

Space games are fantastic in VR for a variety of reasons, but the main one is that if you’re in the cockpit of a spaceship, you won’t experience motion sickness, which causes many of our VR sessions to end with us puking into a trash can.

While End Space VR is a competent and enjoyable space shooter, you might find the controls a little awkward at first. You move by looking in the direction you want to go, which is very strange if you’re used to WASD controls on computers or thumbsticks on consoles. Moving with a keyboard or controller makes much more sense, but when using your phone for virtual reality, the touchscreen is obviously strapped to your face. However, if you have a separate gamepad, the game does support it.

In addition to being visually stunning, the game also sounds fantastic when played with headphones.

A catchy title alone will occasionally sell an item. Attack of the 50-foot Woman. Snakes on a Plane. Romans From Mars.

Rome-born Romans? You got that right. We’re not sure if the story is historically accurate, but in the game, you play as a Roman soldier whose job it is to defend the Earth from the god Mars, who appears to come from Mars, and his army of Romans, who also appear to come from Mars, using his trusty crossbow.

It’s straightforward and adorably silly, and while the VR is hardly necessary—the game also exists in 2D, and VR has no bearing on gameplay; it’s simply used to control your aim instead of a touchscreen or thumbstick—it does make everything feel a little more immersive than in its non-VR incarnation. It’s a simple but enjoyable shooting gallery.

VR Sniper, a relatively straightforward and brief shooting game, should not be confused with the similarly named but much more well-polished HTC Vive title. You are a sniper, as your title suggests, and your objective is to eliminate ten enemy soldiers.

The game will take care of the actual shooting once you have held their gaze for three seconds, so all you really need to do is give them a good hard stare. Although you can turn off the clock if you don’t want to play timed rounds, the game is played against the clock.

The fact that VR Sniper only has a few levels is probably for the best because the intriguing concept can’t really support a lengthy game. Previously, the levels were only accessible through in-app purchases, but now the entire game is available for free. It is supported by advertisements, but after receiving negative feedback from some players, the frequency of the ads has been reduced.

If playing VR games is your addiction and you can never get enough of them, you shouldn’t pass up this package.

The bundle contains four excellent VR games, including Space Shooter, VR Moon, Jurassic, and Rollercoaster. The cleverly woven concept and the abundance of challenges they present are their best features. And that’s not even mentioning the top-notch graphics, which appear to be timeless.

How about engaging in monster combat? For those who enjoy venturing outside of the norm, House of Terror VR is a top pick. It has a ton of intriguing puzzles and is extremely difficult.

You must determine the real cause of what went wrong. Make sure you don’t get caught by going to the source of the problem to uncover the answers. Your bravery will be put to the test by the frightening environments filled with traps and monsters. The puzzles will continue to stand in the way of your freedom!